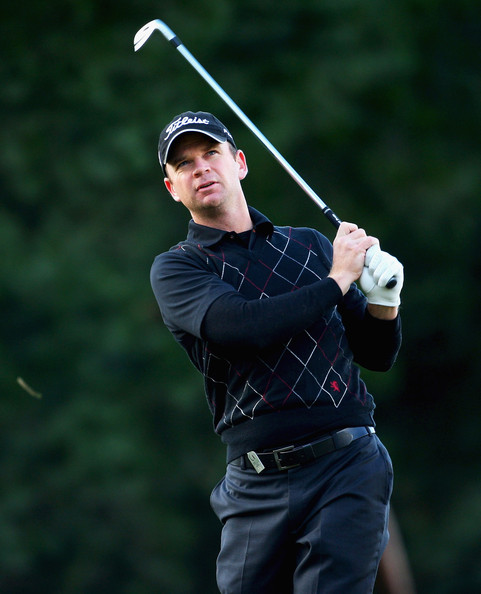 Brad Lamb has continued his spectacular run of form by winning this year’s Srixon Master of the Amatuers Am-Pro at Royal Melbourne Golf Club.The unique format of the Am-Pro leads into the four-round Australian Master of the Amateurs tournament held from Tuesday to Friday at the famed Royal Melbourne layout. Monday’s Am-Pro is played in a teams event, but with a tie at the conclusion of the day’s play, Lamb took on Horsham Club Professional Mark McIntyre in a play-off. A par by Lamb on the first play-off hole was enough for him to clinch the title. Royal Melbourne was presented in all her glory with putting surfaces firming up throughout the day as the summer sun was unforgiving.The only saving grace for the players was the cool breeze that persisted over the day, keeping temperatures bearable. Lamb along with fellow team members took advantage of their early tee time to shoot an outstanding nineteen under par 53. While both players hit the fairway on the first playoff hole, Lamb’s drive left him considerably closer to the hole. McIntyre’s second shot hung out to the right before missing the green by only two meters, coming to rest in the thick rough and opening the door for Lamb. Lamb’s second shot was stuck perfectly to fifteen feet from the hole, leaving an easy two putt for his par. McIntyre was unable to get the ball up and down for his par allowing Lamb to take home the winners cheque of $10,000. “It’s a special moment anytime you get to make a winners acceptance speech at Royal Melbourne” Lamb said at presentations.

It has been a massive week for Lamb who in the past seven days has shared the honors at the Portsea Pro-Am and only yesterday finished in a tie for third at the Australasian Tour School, providing him with full exemption for the 2013 season.