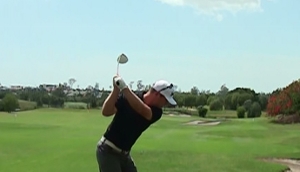 At the first PGA event of 2013, Victorian trio Brad Lamb, David McKenzie and Peter Wilson have all fired six under-par rounds of 65 to share victory at the $30,000 Swisse Portsea Pro-Am. Lamb posted his score first with a flawless bogey-free round that included six birdies, only to be matched by McKenzie and Wilson who fired eight and seven birdies, respectively. Lamb’s round was a picture of consistency and balanced with three-under-par totals on both the front and back nines, while McKenzie got off to a flyer with a five-under-par 31 on his front nine.

Today’s win moves Lamb into first place on the Victorian Order of Merit with a slender lead over fellow Right Sider, Euan Walters.