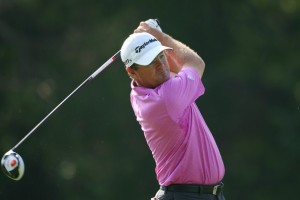 Gavin Coles is only four shots behind the leaders at the Pacific Rubiales Colombia Championship after carding two rounds of 69 in his first event of the year on the Web.com tour. He has been out with an injury that stopped him playing late last year but has now recovered and is swinging well. Rod Pampling also started well and is currently on 3 under par through 5 holes of his third round.

The event has been suspended each day due to rain. Play was suspended at 2:45 p.m. on Thursday and 3:10 p.m. on Friday. This time the stoppage came at 3:15 p.m. with all 70 players who made the cut on the Country Club of Bogota course.