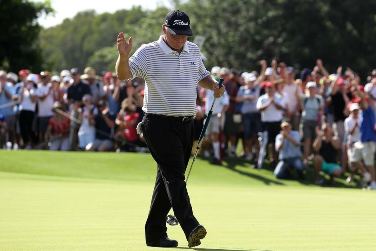 Peter Senior made 9 birdies and and eagle in the first round of the season ending Charles Schwab Cup Championship at Harding Park in San Francisco. He said yesterday he was hitting it particularly well and felt good about his chances this week. The 2.5 million dollar Charles Schwab Cup Championship  is limited to the top 30 players on the Champions Tour. Peter will return home next week to play the Australian PGA championship at home on the Gold Coast.