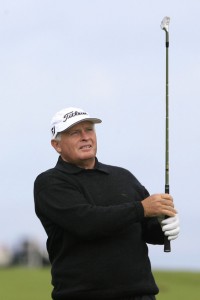 Peter Senior started the year where he left off in 2011, he birdied the 18th hole in regulation play to get into yet another playoff for what would have been his first Champions tour Victory. Unfortunately Corey Pavin holed a putt on the18th and won his first Champions tour event at the Allianz Championship in Boca Raton , Florida. Senior played flawless golf from tee to green but again the putts would not drop on Sunday. Maybe next week?