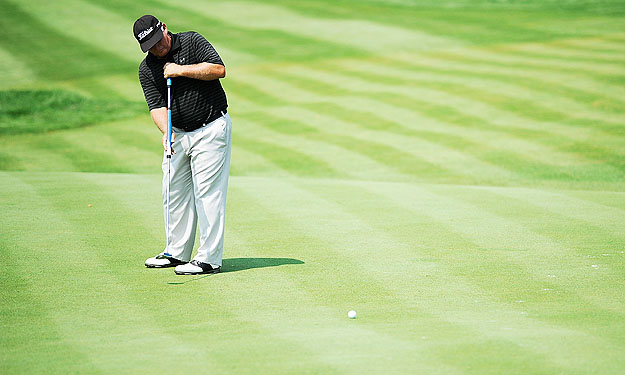 Peter returned to better form last week, maybe helped by a lesson from Luke as he passed through Orlando on his way to join Bec Artis at the LPGA Tour School.  Pete has been struggling with his putter for the last few weeks so Luke concentrated on this as well as checking out his swing.  Three rounds of 69, helped by an eagle on the 17th on Day 3, were enough to give Pete a T8 in Cary, North Carolina. He is now 19th on the Charles Schwab Cup points.  There are three more tournaments including the Schwab Cup Championship before Pete returns to Australia in time to play the PGA at Royal Pines.