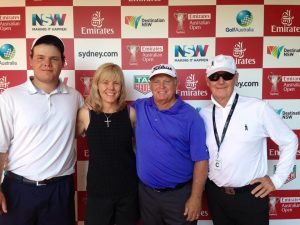 Peter Senior was forced to retire after six holes of the second round of the Australian Open. He injured his right hip after the first round of the NSW Open last week. Perhaps the saddest thing was not that he announced his retirement from the game shortly afterwards, but rather that he still had the game to win this week. Since turning Professional in 1978 Senior is the only player in PGA Tour of Australasia history to have won in five different decades since the 1970s. Many say he has always been a great player but few appreciate the work he has put into fixing his swing and other areas of his game over those decades.

We walked a few holes of the Pro-Am with Peter on Wednesday and it is only fitting to post some of the footage here. He will go down as one of the greatest players our country has ever produced. He is definitely one of the best humans and will be sorely missed.