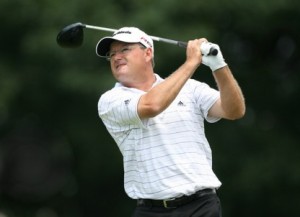 Gary heads down this week for his favorite event, The Australian Masters. This year it is being held at Victoria Golf Club which is a tight tree lined course that rewards good ball striking and distance control. There has been alot of drama over the years, Peter Lonard broke though as a club pro in 1997 and won again in a playoff against Gavin Coles in 2002. Rod Pampling won in 2008, Peter Senior has won it twice and Michael Campbell won it in 2000. This week look out for Gavin Coles who is playing for the first time in Australia in many years, and is coming of a recent win in Jacksonville. Rod Pampling played well in his last tournament at Coolum and has been spending alot of time at the Glades academy. Peter Senior has also been working hard and looks good.