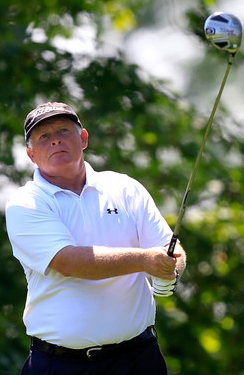 hree website Members are playing in this weeks US Senior Open at Del Paso Country Club in Sacramento. Brian Wilson and Terry Foreman both pre-qualified and Peter Senior is back playing again after he had to pull out of his last event on the Champions Tour with an injury. They all had a practice round together on Tuesday. Peter Senior fired a one-under-par 69 and is in a tie for 13th position. Former PGA Tour player and Right Sided coach, Brian Wilson, fired an even-par round and is in a tie for 24th. Terry Foreman works with Alex Murray at Burlingame Golf Academy and is currently at six-over-par.