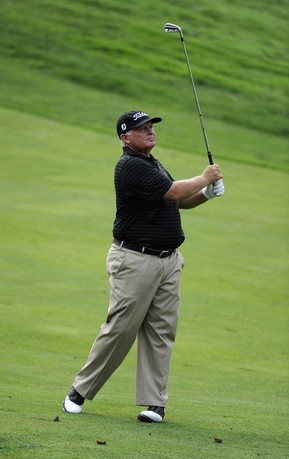 Peter Senior has put himself in a good position to make a move on the weekend at the second major of the year, The Regions Tradition at Shoal Creek. He almost won here last year, beaten in a play-off with Tom Lehman on the second play-off hole. He said he played well today but could not make a putt the back nine. He started with 3 birdies in his first 4 holes but lost momentum when he missed short putts on the 7th and 9th hole. Two rounds of 71 he is only shots from the lead and with a good round tomorrow he is right back in the tournament.